A news story from Aljazeera reports today that ISIS has declared its leader the new Caliph of Islam.  The office of the Caliph, the Caliphate, is theoretically the head of all of Islam.  So it is not surprising if it is demanding that all jihadist groups join it since if they don’t they are against the Caliph.

Muslim leaders have declared themselves the Caliph from time to time over the centuries.   One of  the more famous ones was Muhammad Ahmad, ruler of Sudan in 1841.  So this sort of thing is not new.  Here is a picture of the new ‘Caliph.’ 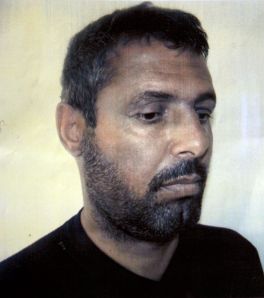 He will not come until we see the man who emerges in the Fourth Signpost, reuniting three-fourths of the defunct Confederacy that existed in the Third Signpost.

But this news story does give us a possible addition to everything else about the fulfillment of the Signposts – each of the leaders in these Signposts might claim the Caliphate.  This would only add to the confusion.   But we have God’s Word and His Signposts.

Like Loading...
‹ Parallels to 1914 Europe: Is the Second Horseman About to Ride?
Map of ISIS Controlled Areas A Map for Iran’s Attack Route? ›