A possible triggering event for a Signpost doesn’t happen very often. But when they do it is time to sit up and especially take notice. Turkish forces entered Syria in August and have been successfully combating IS and containing Kurdish forces. 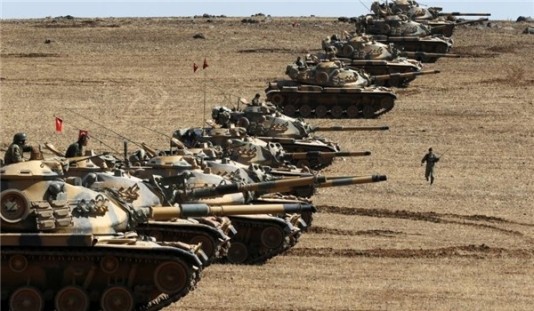 Turkish tanks lining up on the border with Syria before their incursion into Syria in August.

But now three months later, all of a sudden, Erdoğan has declared he will take out Assad, who is Iran’s Shia/Alawite ally in Syria, as this news story has reported. Turkish president Erdoğan is quoted as saying,

“We entered [Syria] to end the rule of the tyrant al-Assad who terrorizes with state terror. [We didn’t enter] for any other reason.”

This may be just saber-rattling rhetoric from Erdoğan, or it could be the real deal – an invasion by the Turks to remove Assad. If it is the latter, this could definitely be a trigger for the Second Signpost – the invasion of the Middle East by Iran. 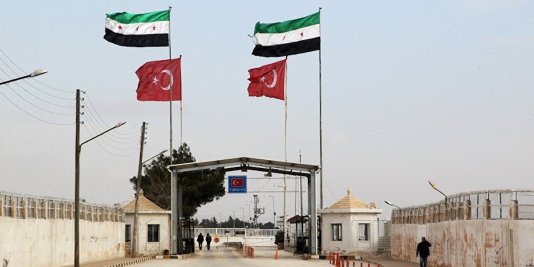 A Turkish-Syrian checkpoint seen from the Syrian side. Note the colors of the four horsemen adorning the gate.

The Bible does not tell us the trigger for Iran to run out, but we should be watching. With Erdoğan’s declaration here, we have a possible trigger.