Home › In The News › The Signpost Perspective: Return of the Neocons!

The Signpost Perspective: Return of the Neocons!

So Hillary lost the election. If the Second Signpost was to happen sometime during the next American presidential administration, and Hillary had won, the possible path to the Iranian invasion would be via Hillary’s continuation of the way Obama handled Iran: when Iran was good and ready, it would start its invasion.

But now Trump has won. And while his cabinet picks and appointees domestically seem to be good ones (like Scott Pruitt being head of the EPA!) I see the various state, defense and foreign affairs positions being peopled with neocons.

Remember the “neocons” (neocon is short for neoconservative)? They’re the politicians who, for whatever reason, think that the United States must be engaged in continuous war to defeat enemies across the globe, assert America’s will, and instill democracies wherever possible.

During the Obama administration they didn’t become extinct; they just went into hiding.

Well, now it seems they are making a comeback. I thought it was just me, but Alex Jones at InfoWars has made the same observation.

It was the neocons, running and influencing the George W. administration that brought us the First Signpost! Among them were Condoleezza Rice, Paul Wolfowitz, Dick Cheney and others.

And now they’re back! This is how they are lining up. While Mike Pence is busy making good choices for domestic posts, Frank Gaffney and Michael Ledeen – two rabid neocons – are, as the InfoWars article says,

“Working closely with former Defense Intelligence Agency chief Lt. Gen. Michael Flynn, to ensure that as many neocons from the Bush 43 and Reagan eras find senior positions in the Trump administration.”

First is Lt. Gen. Michael Flynn as National Security Advisor. The jury is out as to whether he is a neocon or a realist. In a recent speech he stated, “So first of all, we need to demolish the terror armies, above all in the Middle East and Libya. We have the wherewithal, but lack the will. That has to change.” The bottom-line is that he believes military intervention is the order of the day in the Middle East, and in his position he will be working closely with the Secretary of Defense and will be closest to Trump’s ears.

Second are the candidates for Secretary of State. Two of the leading names – Bolton and Giuliani – are neocons who still believe it was a good idea to go into Iraq and undertake the First Signpost, i.e. removing Saddam and instilling a democracy in Iraq. Kentucky Senator Rand Paul has said he will oppose any candidate who doesn’t “get it” that going into Iraq was a mistake. Bolton has gone so far as to call for bombing Iran, using military aggression, and removing the regime – that can only be done with boots on the ground.

Former Undersecretary of State John Bolton speaks during a news conference at the UN in 2002. (AP Photo)

Third, is the pick for Secretary of Defense, Marine General Jim “Mad Dog” Mattis. He is not a neocon. No, he is far more dangerous. He wants to go to into Iran for an entirely different reason than those of neocons. 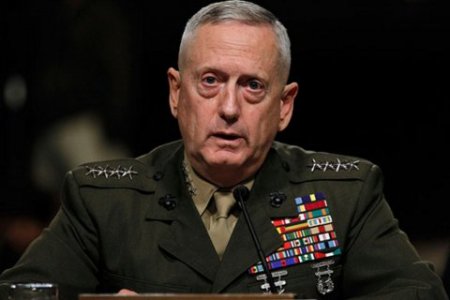 Many may be celebrating the election of Trump and the defeat of Hillary. I find the whole thing foreboding. It’s one thing to let Iran do what it wants as the Left would do. But as Daniel 8:4 says the Persian ram will get to do all it wants, and no one will be able to stop or rescue. How much more clear can that be?

And if the Second Signpost begins in the next four years, I am fearful that it will start with something much worse: the USA sends a large army into Iran and that army is utterly defeated. Judgment on the USA then becomes worse than loss of oil and loss of the dollar and people’s wealth, no, we lose a major chunk of our fighting men and women.

We may likely see more and more people calling for military intervention in Iran – even from Christian pastors.  However, it will be a disaster.  America and the Coalition went into Iraq and won and caused the First Signpost.  We would be going into Iran to lose and cause the Second Signpost. Once Iran has no fear of being stopped by the USA they will feel free to execute all their plans on the Middle East.

This is one of the problems with being under judgment. You always make the wrong decision.