The Israeli-Syrian Clash and What It Likely Means

So what happened? According to Israeli authorities an Iranian drone flew into Israeli airspace yesterday. Israel responded with some F-16’s taking out the drone. (By the way, military drones are not the little 4- or 6-propellar toys we see flying around in the local news—they are unmanned aircraft which can be as large as manned fighters themselves.)

An IRGC officer being interviewed while standing next to one of Iran’s purported drones.

An antiaircraft missile launched from Syria downed one of the F-16s while in Israeli airspace. Israel then responded by taking out targets on the ground in Syria they thought were responsible for launching the drone and the missile. 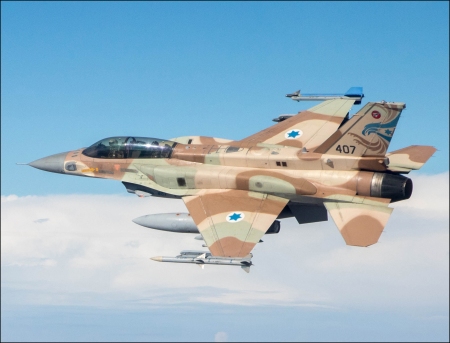 This Reuters article summarizes everything nicely.

Some news sites on the web made it sound like a great battle leading to the start of a new war. I believe this is nonsense. This was Iran and her minions testing Israeli resolve to defend itself.

Unfortunately, it also may have encouraged Shia militias in Syria since they were able to shoot down an Israeli F-16.

In the big picture with the Signposts, I believe this was only a clash, with opposing sides testing resolve and military hardware. This is something we have seen many times before and will likely see again.

Categories: In The News, Israel