Home › In The News › A Prelude to the Second Signpost: Iran’s Call to Mobilize

A Prelude to the Second Signpost: Iran’s Call to Mobilize

Most of the world sees only a limited regional war – a skirmish, really between Iran and ISIS. Most of the world does not know about the imminent Second Signpost. The world does not realize that we are on the cusp of a massive Sunni-Shia War where it starts with Iranian forces executing a blitzkrieg across many Middle East countries. This is why certain news stories significant to the Signposts make big splashy headlines and other stories that are equally significant, do not.

There are a few things that usually happen before a war of any size. One is that the threatened country declares a red line which, if crossed, threatens the aggressor. Though Iran is the real aggressor, it is playing the role of supporting the threatened side, since Baghdad is in Shia Muslim territory after all. The news story about Iran declaring a red line to ISIS broke a couple days ago. Whether one thinks the war between Iran and ISIS will be limited in scope, or the next World War in size, the red line declaration caught everyone’s attention.

Another action that countries do prior to a war is to call for the mobilization of forces. For two weeks prior to the “red line” story there have been a number of articles reporting Iran’s call for a mobilization of its Basij. This is a story that the world is ignoring. But to those that know the Second Signpost is coming, this story is just as significant as the “red line” story.

Why is the story ignored? Because only a “small” call-up of Basiji perhaps on the order of 50,000 or so is all that is needed to deal with ISIS. This is a typical number that is called up for annual military exercises.  And though 50,000 Basij marching into Iraq would make headlines and make people nervous, the consensus would be the force is there to deal with ISIS. However, for the Second Signpost, a call-up of over one million is needed – a number on the order of those called up for the Iran-Iraq War.  So the call-up of the Basij will potentially be much larger than the world is expecting, and cause panic.

Who are the Basij? The Basij, which means “mobilization”, is one of the five branches of the IRGC from whom the remainder of the IRGC draws its recruits. The Basij is an all-volunteer force. Estimates of its size range from one to twenty million. I wrote about the relevance of the Basij to Iran’s plans for the Second Signpost, in Daniel Revisited:

“I believe the Basij’s potential to overwhelm with its numbers will be behind the bulk of the invasion. … As stated before, most estimates place Basij reserves at one to three million. It would be quite an undertaking to call up, say, 1.5 million reserves. To call and recruit a force of 1.5 million will require conditions similar to those during the Iran-Iraq War, i.e. an enemy that is encroaching on Shia Muslim territory. The Iranian regime may take advantage of some crisis and argue that it is critical to Shia Islam in order to call up 1.5 million Basij volunteers to go into battle. It is possible that such an opportunity could come about from the current civil war in Syria…”

“The civil war in Syria is already triggering an escalation in hostilities between Sunnis and Shias. But, with mutual Sunni and Shia hostilities generally approaching a boiling point in the Middle East, if it isn’t Syria it may be some other hotspot in the near future that provides the trigger. If all-out war between the two major factions of Islam erupts, this would be consistent with prophecies regarding both the Second and Third Signposts. It would contribute to allowing Iran to call up the Basij reserves that it needs to kick off the Second Signpost.” (pp. 195-196)

There are a series of news stories that came out recently showing Iran is mobilizing its Basij. I thought Iran might have trouble doing this without being noticed by the world. Not only is the world misunderstanding it, but the Iranian leadership is also being discrete.

Let’s look at these stories one-by-one. We will start at the top in the government of Iran and work our way down. The first is a Reuters article reporting that Supreme Leader Ayatollah Khamenei is quoted as saying, “Given our vast maritime borders and the enemy’s huge investments in this area, our armed forces should continuously improve their (combat) readiness, irrespective of political calculations.” The article goes on to say that Khamenei is calling for increased readiness, but he is using the nuclear issue as a cover, rather than mentioning ISIS. He said this Sunday, November 24 at the start of the annual Basij Week.

This story was released two days later on November 26, in the English-version of Fars News. It begins,

“Senior Military Aide to the Iranian Supreme Leader Major General Yahya Rahim Safavi called on all Basiji (volunteer) forces from across the Muslim world to stand against Takfiri streams.” “Takfiri” refers to “deviant” streams of ideology which includes all Sunnis and especially ISIS. The article goes on to say that Shia populations in Iraq and Lebanon are using Iran’s model to set up their own Basij, however the vast bulk of anything called “Basij” is still in Iran. I believe he is telling Basij members in Iran to be ready to be deployed. 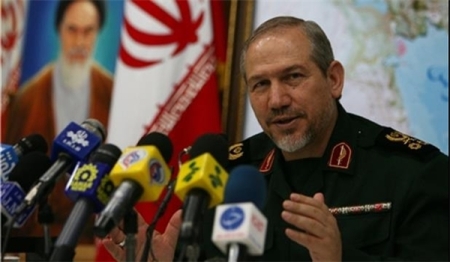 So how many Basij are there in Iran right now? Here is a story in the press earlier in November that announced Basij Week this year. It also said that Brigadier General Ahmad Zolqadr stated that there are almost two million registered Basij members. This number is certainly consistent with earlier estimates and declarations of the strength of the Basij. 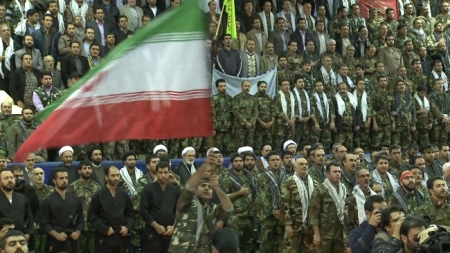 Just based on these three stories, there are statements by Iranian leadership that 2 million Basiji reservists are being told to be ready to deploy, and to be ready to fight.

Finally, this story talks about Brigadier General Mohammad Reza Naqdi (Commander of the Basij), boasting with typical Iranian rhetoric that “millions of Basijis (volunteer forces) are ready in Iran to be dispatched to Syria and Gaza.” The world would view this as empty rhetoric. From a Signpost viewpoint, I see the General boasting that 2 million Basij can run out across to the west (and the north and south while they’re at it). 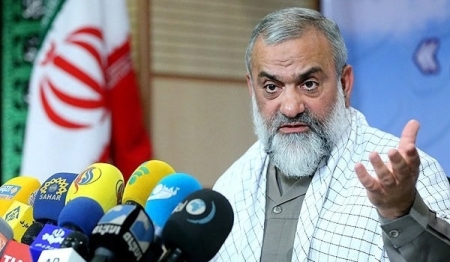 To those who are watching the Middle East for the beginnings of the Second Signpost, do not forget to watch for the Basij.

How much more time to we have? I don’t know the answer to that. How long will it be before ISIS would try to invade Baghdad? How long would it take to mobilize one million or more Basij volunteers? I don’t think it will be next week but it seems at this time that the circumstances God is orchestrating might cause the Second Signpost to begin in a matter of months.

In any event, it does not seem very long. Spread the message. Get ready.

Like Loading...
‹ A Prelude to the Second Signpost: “Red Line” Drawn by Second Horn
Publication of “Hidden In Plain Sight” Ending ›