Home › In The News › The Second Signpost Won’t Be Stopped

The Second Signpost Won’t Be Stopped

This morning I was working on the new book with the news on the TV on low in the background. And it was this morning I just heard Obama has his 34th senator to resist breaking Obama’s veto. The details are in this story from ABC. 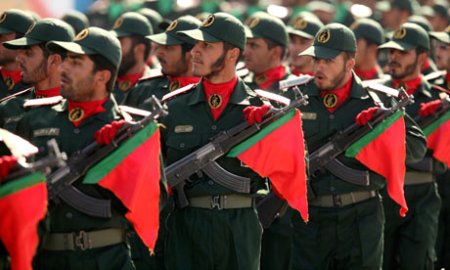 The IRGC on parade. This will be the main invasion force of the Second Signpost.

Of course it could still be rejected by Iran, but I doubt that would happen. It’s a real deal for Iran.

So unless there is some last minute change or surprise, the nuclear deal is going through. Iran will have inspectors from China and Russia who will check on Iran’s doings and if they see anything wrong (not likely) Iran has only 24 days to give in and open up.

The Second Signpost.  With or without the nuclear deal, it’s coming.  It’s imminent.  It’s in God’s word.