Some Things to Note About the Downing of the Russian Plane

A few of you have written and asked about the significance of the Russian warplane that was shot down near the Turkish-Syrian border. While I don’t believe it has any major effect on the Signposts themselves, the incident is indicative of the behavior of the countries’ governments that will be markers for the Signposts.

So here are some things that I think are worthy of note:

1) IS has had hundreds of Russian sorties flown overhead without one incident of a plane being shot down. Two planes fly for 17 seconds over a segment of Turkish territory and one is shot down by F-16s. Nations like Turkey and Iran are the true world-class militaries to watch in action during the Signposts. This is another data point showing that IS is just not that significant of a power. 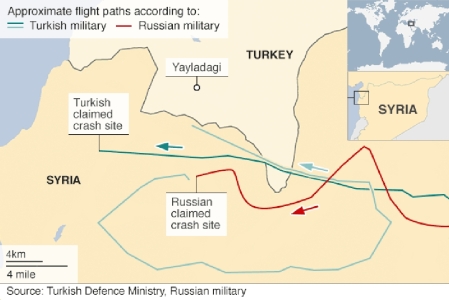 2) This incident reminds me that Turkey and Russia have great animosity towards each other after having been bitter enemies for five hundred years. Remember, Turkey’s heritage is the Ottoman Empire. The Ottomans used to occupy the Crimea, while making forays deep into Russian territory kidnapping and selling people for sale as slaves, just like what happened in the slave trade in West Africa before the American Civil War. In both cases it was Muslims that captured and sold the slaves to slave traders. This old animosity is why Turkey made a natural ally with NATO during the Cold War. Today, Turkey and Russia are constantly on guard against each other. Seventeen seconds over Turkish territory is the only reason Turkey needed to down a plane belonging to Russia. Turkey as the Confederacy and later Turkey as the main Antichrist nation will also have great animosity towards Russia. There will be no great Russian-Arab alliance invading Israel as so many believe. That is fantasy. 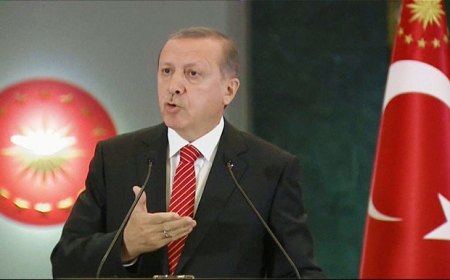 Turkish President Erdoğan defends Turkey’s actions downing the Russian plane. Note the Ottoman insignia on the wall to the left, and on the flag.  Turkey is returning to its imperial past.

3) Two planes fly for seventeen seconds over Turkish territory and one is shot down in peacetime. The article says it is the first Russian plane shot down by a NATO power since 1950. So this kind of incident doesn’t happen often. How much more embittered do you think Turkey will react towards Iran when a whole Shia Muslim army invades up to half its territory in the east and sets up shop to start Shia Muslim revolutions?

Well, those are three things. Can anyone think of more?

Categories: In The News, The Four Signposts