“A Long and Glorious Tradition” Might Trigger the Second Signpost 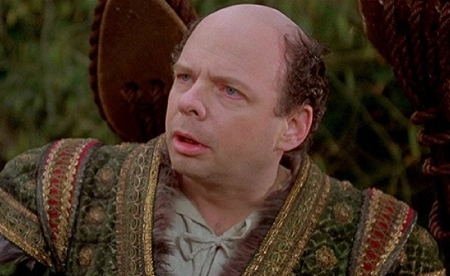 Vizzini: “I’ve hired you to help me start a war. It’s a prestigious line of work, with a long and glorious tradition.”

As Vizzini told Fezzik in one of my favorite movies, Princess Bride,

“I’ve hired you to help me start a war. It’s a prestigious line of work, with a long and glorious tradition.”

I think we’re seeing the same thing in Syria right now. And it’s looking a bit scary out there. A little levity seemed called for.

Wisdom seems to be lacking in the executive branch of the US both now and for the last couple decades, especially when it comes to foreign affairs. Perhaps it’s all part of the US being under judgment since 9-11.

It was a bad call for US (and Coalition) forces to go into Iraq and remove Saddam Hussein. Warmongers in W’s administration saw that it got done. The removal of Saddam Hussein, from a human perspective, was a bad strategy and has unleashed the mess the Mideast is in now. But it looks like God planned it all along and it’s recorded in his Word (assuming the Signpost interpretation is correct) that He planned this “mess.” Of course the entire end times looks like a big mess.

The Second Signpost could easily begin as the First Signpost did. Trump has certainly stocked his staff with the “right” kind of people, i.e. neocons.

And now this story appeared in InfoWars. Ron Paul stated that he believed there is no way Assad would undertake a sarin gas attack at this time. I agree with Ron Paul. Maybe before he would have two or three years ago when he didn’t have anything else to lose, but ISIS is on the retreat and the Rebels are all but destroyed. So why risk the world’s ire coming down on him now? The story states,

“It’s the neo-conservatives who are benefiting tremendously from this because it’s derailed the progress that has already been made moving toward a more peaceful settlement in Syria,” said Paul. In addition, the last time the deep state attempted to exploit a chemical weapons attack to launch military strikes on Assad’s government, the incident was later proven not to have been the work of the Syrian government.

As I see the data points come and go in the form of news stories, it is indeed looking more and more that it could be the Trump administration kicking off the Second Signpost, and following some fake, staged event.

True, the Trump administration could simply say they are going into Iran to remove the nuclear program and the regime. But seeing the timing of this chemical attack, and how the Trump administration immediately responded with a cruise missile barrage, seems to show us that there is an active mechanism in place, which makes some fake future clandestine event, like a missile attack on one of our own ships in the Persian Gulf and blaming Iran, not so far-fetched.

A mechanism like that might indeed be the trigger for the Second Signpost. And the mechanism has been displayed in Syria as being alive and well.